Our People, Our Commitment, Our Success

Nucelis is a subsidiary of agriculture biotech leader, Cibus, and was launched in 2012 with the aim to deploy Cibus’ proprietary gene-editing technologies (RTDS™) for the efficient development of innovative traits in microorganisms, such as yeast, bacteria and algae, to produce high value, sustainably-sourced specialty ingredients for the personal care, nutrition and flavor and fragrance industries.

Our mission is to consistently deliver innovative, performance-focused and sustainably-sourced, non-transgenic specialty ingredient solutions for our partners and customers in the nutrition, flavor and fragrance, and personal care markets.

Underlying our mission is a vision for changing the way the markets view fermentation-based specialty ingredients. Our team believes in exploring nature's own production vehicles, (yeast, bacteria, algae) to identify intriguing compounds and develop naturally-sourced ingredient solutions that are aligned with our environment and sustainability commitment. 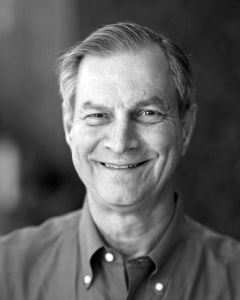 Dr. O'Connor joined Nucelis in 2012 with over 30 years of management and research experience in the specialty chemicals business. Before joining Nucelis, he worked with Chemtura Corporation, where he held several key management positions including Vice President Plastic Additives Group, Vice President Strategy, and finally President of Petroleum Additives. He worked at Crompton Corporation prior to its merger with Great Lakes Corporation to form Chemtura, and worked at Adibis, a subsidiary of BP Chemicals in the United Kingdom before relocating to join Witco at its World Headquarters in the United States in 1994.

Dr. O'Connor is an inventor on over 25 U.S. patents, and has authored numerous scientific and product promotional papers. He received both his Ph.D. and B.Sc. Honours in Chemistry from the University of Bristol School of Chemistry. 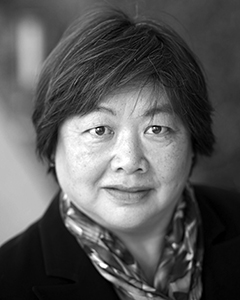 As Director of Strain Development at Nucelis, Dr. Fong oversees all the ASAP™ (Accelerated Strain Advancement Platform) partner projects. In addition to leading her project teams on existing projects, she works closely with business development and research to identify new product opportunities and partners.

Dr. Fong has been at Nucelis since its founding in 2012, and prior to that, she was a member of the research team at Cibus since 2007. Prior to joining Cibus, Dr. Fong was at Zymogenetics/Novo Nordisk (now Bristol-Myers Squibb) in Seattle, where she engineered the production strain for making FXIII clotting factor in S. cerevisiae and worked on its process development up to 10 L. Before moving to Seattle, she had a joint appointment as a Postdoctoral Fellow at the University of Michigan Medical School and Parke-Davis Pharmaceuticals (now Pfizer), where she studied insulin signaling pathways and applied yeast to identify possible binding sites on a protein scaffold involved in insulin-responsive glycogen synthesis. Prior to that, she was employee number 55 at Chiron (now Novartis), where she expressed human growth factors (IGF-I, EGF, PDGF) in yeast.

While in graduate school, she studied regulation of glycolysis in yeast at the level of glucose transport and examined the activities of two unusual yeasts for the fining of wines. She received her Ph.D. in Microbiology and M.S. in Food Science in the Dept. of Viticulture and Enology at the University of California at Davis, and her A.B. in Chemistry and Biophysics from the University of California at Berkeley.

As a career yeast biologist, she also spent one year at the Seattle Culinary Academy training as a Pastry Chef to better understand its applications. As an active 30+ year member of the Society for Industrial Microbiology and Biotechnology, she was the Conference Chair for the 2018 General Meeting in Chicago. In service to her field, she is a reviewer for two publications: Journal of Industrial Microbiology and Biotechnology, and Enzyme and Microbial Technology.